Section 3: Points of Agreement and Departure

In Part One of this catechetical series on Gender Theory we discussed the origins of Pride celebrations in the Stonewall Riots. The nature of the Stonewall Riots, and the cultural appropriation of their celebration, has contributed to a widespread and dominant cultural movement of rejection of sexual moral norms and a natural understanding of sex. Part Two of this series discussed the myth of moral neutrality, i.e. the claim that the LGBTQ+ perspective of gender fluidity is morally neutral. For clarity, one of the definitions of myth is a widespread but false idea.

In this installment, Part Three, we will discuss points of agreement and points of departure between the Church and the LGBTQ+ movement. We continue to rely on the document published by the Congregation for Catholic Education titled “Male and Female He Created Them: For a Path of Dialogue on the Question of Gender in Education” for this series.

In this installment we are focused on listening closely, and not being reactionary in a way that we are not able to find common ground with proponents of Gender ideology. However, we do listen in a way that also helps to recognize important points of departure between this ideology and Catholic belief.

An important aspect of dialogue is to be able to recognize and clearly state where there is common ground and where there is divergence in perspectives.

To that end, I will list some points of agreement with the Church that proponents of gender theory may hold.

Insofar as there is common ground here, this must be built upon and recognized as important to this dialogue. Recognizing common ground keeps people from seeing things as black and white, and from being reactionary.

Truth, and truthfulness, is also important to dialogue. It’s truthful to recognize and clearly state differences and points of departure. Without this, dialogue would be incomplete.

So, next, I list the points of departure between Gender ideology and Catholic teaching.

These are all positions that are affirmed by Gender Ideology. The Church views theses positions as both a rejection of nature and of biology. Nature, here, is viewed as how God created things, and biology as the science that studies living things empirically.

Importantly, the Church argues that many of these differences can be seen as being rooted in a secular anthropology vs. being rooted in a theistic anthropology. The anthropological notion of cultural relativism, which has a sphere of legitimacy, has been over-applied to everything that takes place in culture such that there is a widespread rejection of longstanding cultural norms.

Our text reads, “The disorientation regarding anthropology, which is a widespread feature of our cultural landscape has undoubtedly helped to destabilize the family as an institution, bringing with it a tendency to cancel out the differences between men and women, presenting them instead as merely the product of historical and cultural conditioning.”

In conclusion, the LGBTQ+ movement is not bereft of some worthy goals and considerations that the Church shares and supports. These, insofar as they are true and good, should be recognized. However, insofar as these goals depart so radically from what is natural and what biology reveals about the human person it can only be viewed as an ideology. Ideologies may or may not have any factual basis and tend to be politically motivated.

That is why the Holy Father and other Church officials refer to this phenomenon as Gender Theory Ideology. The Church, as a whole, rejects, or at least doesn’t propose, a specific ideology. Rather, the Church is concerned with what is true, and what is true is discovered through the lens of faith and reason, together.

When things that are untrue and unreal are promoted by so many people as true and real one has to ask, what could the motivation be? The next section of this catechetical essay will respond to that question. 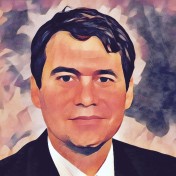